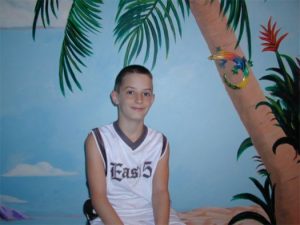 Kyle is an 11 year old who was diagnosed with ADHD in 1st grade, at the age of 6, and placed on medication. He was told he wouldn’t be productive or able to function in school without the help of the medication.

To try to help his hyperactivity, mood swings, lack of concentration and poor performance in school, many different types of medication were tried. None really helped his problems. After his grandmother saw a pamphlet on ADHD and chiropractic care, she asked if I thought I could help.

He started treatment in February of this year and amazing things started to happen. His behavior in school improved along with his grades, he was sleeping better and was able to think better. He felt like a new kid without taking any medication. Even his teachers and counselors commented on his positive changes. Kyle looks forward to his treatment and hopes to be a chiropractor when he grows up to help other kids.

According to the Journal of the AMA (2000), 11.1% of all preschool kids are taking some type of medication like Ritalin.