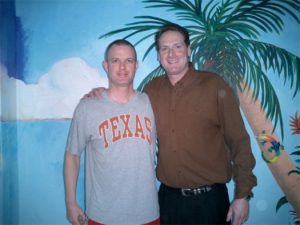 Captain David L., USMC was having problems with his left calf for over 5 years. His pain became so significant that he was unable to competitively run for the last 6 months. This was a real problem because Captain L. is in charge of the Marine Corps Triathlon team. In his search for relief of pain, he visited 13 different doctors, P/T’s and specialists, with no help.

Although living in Virginia, he was referred to my office by Brian Walton, the head instructor for the Cadence Elite Training team for Fenzian Treatment. His results were remarkable!

After only a couple of treatments, all of the pain in his leg were gone and he was able to go back to full training. Although Virginia is far from Pennsauken, when it come to your health distance is not an issue.