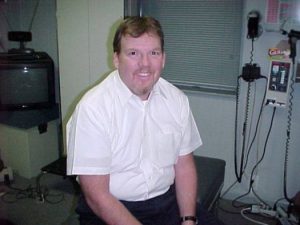 When David S. started treating at this office it was for CARPAL TUNNEL SNYDROME in both wrists. That is a condition in which a nerve is being pinched in the wrist causing numbness in the hands.

He had the condition for years. He needed to wear braces on his wrists at night to help stop the numbness.

Between removing the pinched nerve in his neck, adjusting his wrist bones and using a cold laser on the wrist nerves, the numbness is gone for the first time in years and no longer needs wrist braces to sleep.