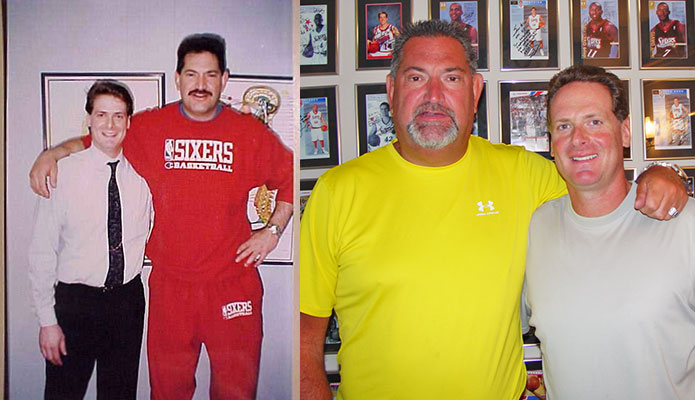 When I started working with the Philadelphia 76ers the year was 1990 and things were a lot different than the present time. The team was owned by Harold Katz and we were playing in a stadium called The Spectrum. The main draw were stars Charles Barkley and Rick Mahorn known as, “Thump and Bump”. The head coach was Jim Lynam and superstar Julius Erving had just recently retired. In the professional sports world, chiropractic was not as recognized as it is today.

When I started in the league there were only three teams that had chiropractors on their staff and at this time almost all NBA teams have affiliated chiropractors. Presently, I am the longest running chiropractor in the NBA. The thrill for me in working with professional athletes is keeping players healthy and bringing them to a higher level of ability. One of the greatest honors is when players have retired from their sport and continue to treat at my office. This is the case of Jeff R., who has been a patient of mine from the early years, and continues to treat at my office even though he lives and coaches in Washington DC..