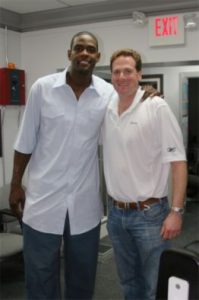 Chris W. just finished his 13th year in the NBA with an interesting statistic, he played more minutes than any other year in his NBA career.

One of the things he attributes his success to is the Fenzian Unit. He stated in the March 2006 issue of ESPN magazine, “There were some games I couldn’t have played without it. I wish I’d had it after knee surgery. I’m ready to buy into the company.”

Chris felt the treatment has helped him so much, that he flew his brother in from out of state to treat for one week at this office. Hopefully next season will be his best ever!