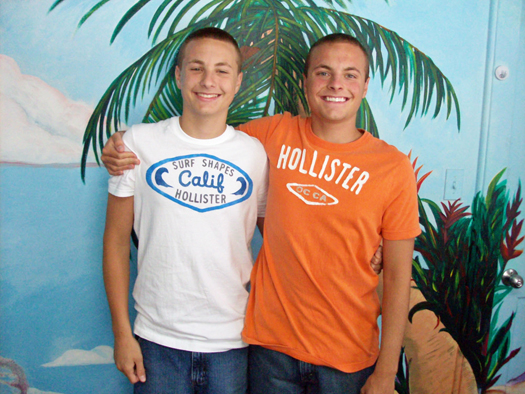 Marco and Michael began treatment at my office in 2000. Most people do not understand the beneficial effects of staying healthy with chiropractic care, but Marco and Michael’s parents do. In fact in 2001, they were my July, “patients of the month”. Nine years later they continue to treat at my office not for pain but keeping their bodies healthy and functioning properly.

Marco, who just graduated high school in June, received an award that is rarely given. He was able to attend four years of high school without missing a single day. THAT IS INCREDIBLE!!! Michael has also missed very few days in elementary and middle school.