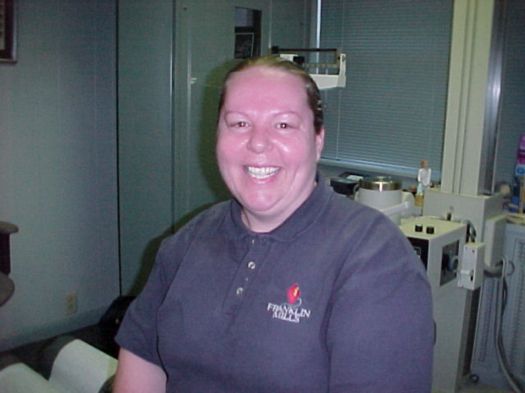 When Mary entered our office on March 5, 2002 we were her last chance. She was scheduled for surgery on her neck March 12, 2002. It was explained to her by her family doctor and a surgeon that surgery would be needed to correct a large left disc hernia ion that was flattening the ventral aspect of her spinal cord as discovered by an MRI.

She had already tried injections in her cervical spine and had been on codeine for pain. It was explained to her that in the surgery they would be going in through the front of her neck and removing her cervical disc. Prior to treating at this office she was also seen by another chiropractor with no change in her symptomotology. She was initially reluctant to try another chiropractor, but was convinced by her friend and our patient, that our office was different than any other office she had been to.

Her initial complaints consisted of numbness and tingling in the left arm and hand. She was also experiencing pain with all movement of her neck, which was at times very severe. Sleeping was very difficult because of her pain and coughing and sneezing were also extremely painful.

After only four short weeks Mary is doing fantastic! In her numbness is 99 percent gone and her neck feels great. She was also able to cough and sneeze without pain and finally gets a good night’s sleep. She also has full movement of her neck. I am also happy that she is off all pain medicine.

I am glad that Mary decided to treat at this office and appears at this time that surgery will not be needed for her neck.