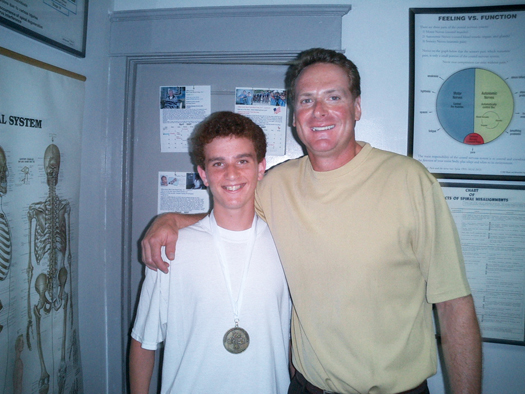 Matt is a talented and avid basketball player, but after developing pain in his low back and leg, playing became very difficult. After an MRI was performed, it revealed a herniated disc in his lumbar spine that was pinching on a nerve that ran into Matt’s left leg.

A herniated disc is a condition in which the center of the disc moves out of the center and pinches on the nerves of the spine. Most of the time, with the specialized treatment at this office, we are able to avoid surgery.

Not only did Matt avoid surgery, but he felt so good that he went on to win a Gold Medal in California at the Macabee Games.