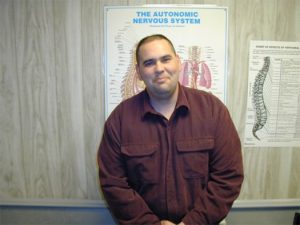 Jim is a Pennsauken Policeman. Unfortunately while trying to apprehend a suspect, he very severely hurt his low back. An MRI showed a herniated disc in his low back.

Initially he went for physical therapy with no change in his pain. He then spent thirteen days in Cooper Hospital, and another two days at Thomas Jefferson University Hospital.

The pain in his low back and right leg continued to get worse and he was unable to work since 8/28/02. After beginning treatment at this office on 10/23/02, he was able to return to work with no pain in one month! He now feels great