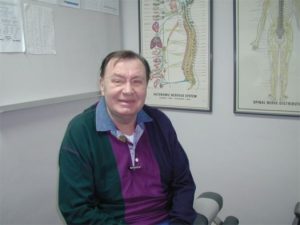 When Father Pat L. was referred into this office by another chiropractor for Fenzian treatment he did not know what to expect. All he knew was that his pain had gotten so bad that he was unable to help people as a priest and forced into an early retirement.

He was also told he was going to need an experimental surgery. Now after 5 months of treatment, Father Pat is going back to work and feeling much better. He was also able to avoid the surgery.

If anyone has had the opportunity to meet him, you would understand why he is too young to retire. Way to go and start the New Year!