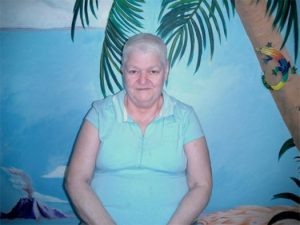 In November of 2004 Mrs. D. was diagnosed with an aggressive cancer called Non-Hodgkin’s Lymphoma that metastasized to her pelvis. She was initially treated in Virginia where she lives, but because of the severity of her disease was sent to Fox Chase Cancer Center in Philadelphia for treatment.

After chemotherapy began, she started developing lung complications and was referred to this office by her daughter who is a long time patient to see if I could help. Because of the tumor in her pelvis, I was only able to use my Fenzian Unit and Cold Laser. There is a specific protocol for lungs with the Fenzian and Cold Laser.

Her treatment began in March and continued until July at which time she finished Chemotherapy and went back to Virginia. She treated at this office the entire time she was undergoing chemotherapy and felt the treatment helped her body recover faster and had less nausea. When she returned to Philadelphia for re-exam MRI and CAT Scan testing in September, to my amazement and delight she told me she was cancer free and in full remission! What a difference six months has made.