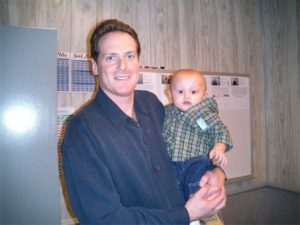 Jose started treatment at this office on 10-03 at the age of 3 months. He was having severe problems holding down his food, which caused him to throw up on average of 10 times per day. He was also not gaining proper weight. He was on two different medications and special vitamins for Anemia. His condition got so bad, he was sent to CHOP Hospital for an endoscopy. All tests seemed to be normal, but his problems continued.

After his evaluation at my office, I found a misaligned vertebra in his middle back that effected his digestion. After a couple of months of treatment, I was able to correct the misalignment and Jose is now off all of his medication and his weight is normal. His vomiting is infrequent and his Colic is gone.