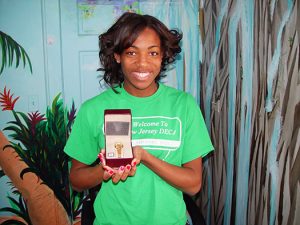 Patrice F. is a high school track star. But severe pain in both knees nearly stopped her in her tracks. She was told by several doctors that she had a condition in her kneecap that resulted in swelling and the best treatment would be the use of anti-inflammatory medication like Advil and physical therapy. After receiving no relief from this, and starting to walk with a limp, her parents decided to seek treatment at this office.

She began treating in late March and by April was racing again. Her treatment included the use of Pulsed Magnetic Generator, Interex electrical device, cold laser therapy and adjustments to the spine and knees.

Patrice continue to improve and was able to participate in the Woodbury Relay where she competed in the triple jump against the top high school athletes in South Jersey. The result? She won first place and was honored with a gold watch! Patrice truly believes “anything is possible through prayer”. Of course, we also credit her hard work and dedication. Congratulations Patrice!