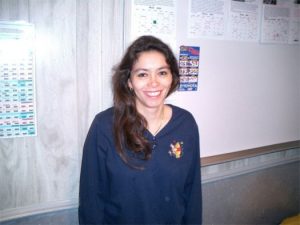 On March 3, 2004 I got a frantic call from Carmen’s husband that Carmen had fallen on her back, 3 weeks ago, and she was getting progressively worse. He also said she had been to her family MD, a neurologist, and an internist . She has had x-rays and a MRI and was now calling me from an orthopedic surgeons office.

She was told by the orthopedist that she was going to have to be admitted to the hospital, for further testing. Her husband asked me if I would examine her to see if I could help. When she entered my office that same evening, she had to be carried in because the pain was so intense. She was not able to put any pressure on her back.

After treatment at this office, and finding a misaligned vertebra, it was like a miracle that she was able to walk the next day. Two days later she was almost totally pain free.