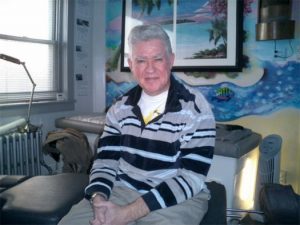 When Mr. K. began treatment at this office, in 2/06 he was very sick. His problems included seriously high blood pressure, blood and urine tests which were significantly out of normal ranges and worse than anything, he felt horrible.

He was unsure how much longer his body was going to last and knew he had to make radical changes in his lifestyle. After watching a late night TV show called “Natural Cures They Don’t Want You To Know About” by Kevin Trudeau, his life was about to change.

One of his recommendations was Chiropractic care and another was changes in diet and the use of natural herbs. It is now 14 months since Richard has been under care and radically altering his life style. His health has done an amazing 100% turnaround. His blood and urine test have returned to almost normal and his blood pressure is stabilized.

Richard stated, “Today I feel like I’m 30, and stand as living testimony the Natural Cures work. Natural Cures wins hand over heels over medication. Take charge of your own health.