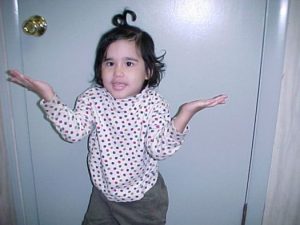 My goal as a Chiropractor is to enhance your health. It is common for people to think chiropractic care is for neck and low back pain, but it is not!

For example take Kimberly, who entered my office on 1/15/01. She was a three year old girl who was not walking, barely crawling and who had few verbal skills. Review of her pediatricians reports and Children’s Hospital records revealed a three year old on the developmental level of a one year old. Her parents were told that a wheel chair would eventually be needed to help her get around.

After only 6 weeks of care it is like a miracle happened. She is now standing on her own and trying to walk by holding onto objects. She is also more aware of what is going on around her and verbalizing better than she ever has.

Working on patients like Kimberly and seeing such dramatic changes is what chiropractic is all about!