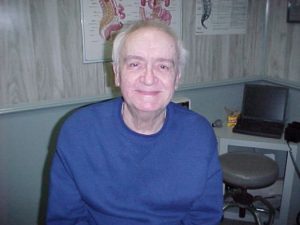 When Mr. S. thinks of chiropractic care he does not think of does his neck or back hurt, but how well are his lungs working. He has been a patient here since 7/99 after being referred by his wife.

The reason for his initial treatment was for a persistent cough. He also told me that he had 60% efficiency of his lungs as determined by his Pulmonologist.

After the last 1 1/2 years of maintenance care and a recent visit to his Pulmonary doctor revealed he was breathing better and now using 70% efficiency of his lungs. His one time persistent cough is also gone.