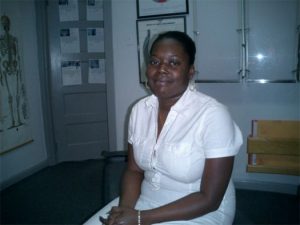 Darien had a healthy baby boy on May 5, 2007 and was adjusted through her entire pregnancy, but that is only the second part of the story. The first part is for over 2 years Darien and her husband tried to have a baby but were unable. They tried fertility drugs but stopped taking them because they were not working.

Unfortunately, she was involved in a motor vehicle accident on June 1, 2006 in which she began treatment at this office. Upon my examination, I found a nerve in her low back that was being pinched. I explained to her that the same nerve in the low back that causes pain also goes into the ovaries and uterus and can affect the ability to get pregnant.

By realigning the spine, using a Cold Laser and a Fenzian unit, we could make her body work better. By coincidence or not she found out she was pregnant in October. That is the true meaning of Chiropractic, making the body work better through a properly working nervous system.