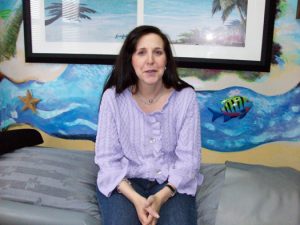 This time line was written By Marci F.:

2001-2003: Spent years in constant pain and frustration that only got worse, seeing as many doctors as I possibly could to try to figure out what was wrong with me.They just prescribed pain blockers and pain medicine.

2005: Basically on my death bed, go to Germany and try the Ketamine coma or lay here and die? I chose Germany.

2007 (late summer): The downward spiral began all over and began Ketamine Infusions with no relief.

2008 (December): Began treatment at this office with Fenzian Protocol and Chiropractic adjustments.

2008-2009: (Present time): Off all pain medicine and feeling wonderful!
Dr. Neil and Dr. Melissa have made what I have wished, what I’ve dreamed for over the past 8 years, come true. I’ve tried everything and anything to make myself feel better. It has been a long journey, but I’ve finally seen the light at the end of my extremely long tunnel. I am now blessed with a new life that I believed to have lost.