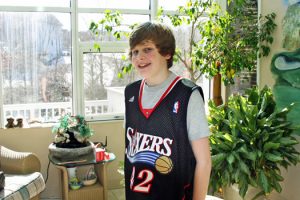 Brandon was a healthy 12 year old who suffered occasional headaches. When he was about to turn 13 years old, unfortunately his headaches took a bad turn and became very severe. Initially, he was examined by his pediatrician and because of the severity was sent to Children’s Hospital, where advanced testing was performed.

He was placed on medication for his headaches. The medication unfortunately caused devastating side effects including loss of memory. This made everyday activities very difficult, including going to school.

He was referred to this office to see if we had an alternative way of treating these debilitating headaches. My examination of his neck revealed a misaligned neck vertebrae, “subluxation”. After I corrected this misalignment, his headaches were gone, memory returned and he was able to go off all medication.