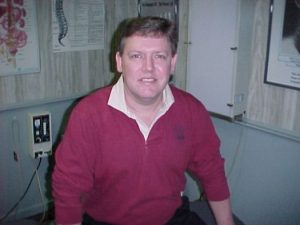 When Ray was referred to this office it was not for the typical thing that you would associate a chiropractor with helping. Ray had a condition called vertigo. This is a condition which causes dizziness. He had suffered with this condition for over one year with no help.

Ray initially went to his family M.D., who sent him to a Neurologist, who then sent him for an MRI of the brain. All testing came out normal. He was then referred by his friend to this office.

Upon examination I noticed a vertebra out of alignment. After only a couple of weeks and once the vertebra was set back into place his dizziness was gone and has not returned.